I’ve been rather absent from social media the past couple of weeks, with good reason: 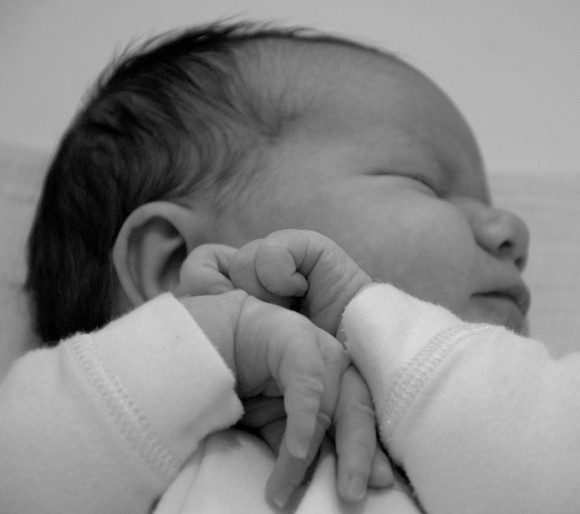 11th November 2010 @weeburnett was born. @wiieb and I became proud parents of Alexa Mae Burnett (yes, her name was inspired by alexa.com – but what started in jest became our favourite name)

The Evolution of Edinburgh’s Social Media Midget, aka @weeburnett

@weeburnett first tweeted 27th May 2010 – around 4 months into her stay in the womb:

This was @wiieb’s and my way of telling the world we were expecting. As time went on Twitter friends, indeed all social media friends, never asked “how’s the bump?” but rather “how is @weeburnett?”.

@weeburnett soon became a social media entity in her own right, although even @wiieb and I didn’t know she was a she at that point. @LittleDishy very generously held a baby shower in her (and @wiieb’s honour) and generally people got excited about our impending arrival.

How else would Edinburgh’s social media midget announce her arrival on the scene than via a tweet with a twitpic?

Given that this was Alexa’s first ever twitpic she did exceptionally well with it… 400 views in 3 hours certainly made daddy very proud!

Alexa was initially welcomed by enough people on Twitter to make @weeburnett a trending topic in Edinburgh, her announcement on Facebook went through the roof too. She was no longer the mayor of @wiieb’s womb on Foursquare.

Social Media of course crosses over from digital to real life and Alexa got cards and gifts galore from as far away as New Jersey and as close as George Street. We were quite quite overwhelmed at everyone’s generosity.

Thank you one and all, each and every one of you is wonderful :)

We met all of these wonderful people through social media. Their thoughtful gifts for Alexa were truly touching.

The two and only Mike & Carol Coulter got weeburnett.com AND alexaburnett.com for the wee one, no doubt there’ll be some fun to be had with weeburnett ;)

A parcel came all the way from Roberta in New Jersey with a sleeping bag and two ultra cute Christmas outfits.

The wordy Mr CC Miller and the mouthy (in a great way) Darcie also graced our mail deliveries.

The delightful tandem team Hazel & Tim jogged past on a wintry night with a super cute outfit.

Our dear friends Francesca, Jonny & the team at Caliber Interactive sent a lovely wee hamper with clothes for the midget and bubbly for the (relative) giants.

Phil Adams sent Alexa her very first personalised clothing, a babygrow with “@weeburnett” printed on it.

Not to mention all the wonderful gifts for mummy and baby from the babyshower girls before Alexa was here.

Not with such great whisky drinking buddies as I have though! Scott Liddell, Dave Loudon and Andrew Wilson got me a rather cheeky bottle of Islay (Bruichladdich / Port Charlotte) single cask whisky – from the Malt Whisky Society.

The picture at the top of this post was taken by the talented amateur photographer (and whisky delivery man) Dave Loudon.

In Short, Thank You All

The point of this post was really just to say a massive thank you to everyone named (and anyone we’ve forgotten!) for your support, friendship and general sociability. Parenthood is a journey in itself, you guys and gals are great navigators, sherpas and innkeepers along the way!

< Twitter’s Hidden Monetisation? > Why Use Hootsuite? No Really, Why?