The Ten Clicks of Fail*

This morning Scotland got a new newspaper, The National. It’s the daily newspaper that supports an independent Scotland. 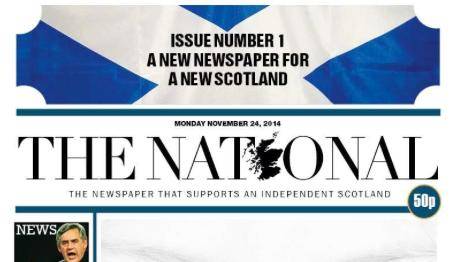 The paper is doomed to fail, which will delight some and trouble others, but boys and girls, whichever way your emotions are inclined toward this is irrelevant to the learnings that can be taken from it.

By all accounts the inaugural print edition sold out quickly today, given the sentiment in Scotland currently that’s not a huge surprise.

I’ll repeat that, a newspaper trialling whether a digital offering makes sense or not, trialling it in a subscription model, in 2014.

So much for the hub and spoke models of the Telegraph, BBC, Guardian, and blatantly the NZZ was wrong in 2012 when it went digital first. Ok, that’s the last piece of sarcasm I’ll allow myself, it’d be too easy.

It goes without saying that, in 2014, it is entirely unnecessary to ask the question of whether a digital offering is needed for any publication. The real questions that need answering are around the model, launch, growth, sustainability and profitability.

For a new launch, without the benefit of an existing and loyal user base (readership), the subscription model faces an additional hurdle which the likes of the Sun doesn’t have. For me, it’s simply the wrong model.

Let’s assume for a second though that it has to be a subscription model (it doesn’t, but that’s another story all together) and look at the implementation of it. For it is as much the implementation as the concept that lead me to think this title is doomed to failure. The implementation demonstrates clearly that digital is but an afterthought.

Say you’ve been convinced to subscribe to the paper, you’ve got your £1.50 at the ready and click through to hand over your pennies.

What awaits you? A simple Paypal payment page? A contemporary payment gateway that prides itself on minimal clicks, of the kind we’re coming to expect thanks to Amazon, Google, Apple et al? No. Paying the £1.50 requires more clicks than booking a flight with easyJet. 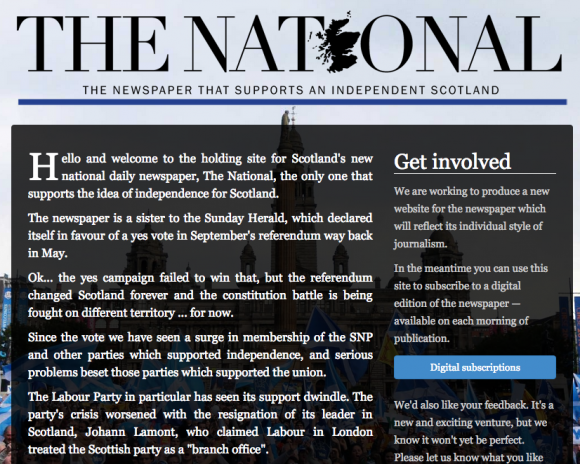 You’re presented with a sagepay page where you’ve to click Proceed in order to get to the page where you can enter your payment details.

You need to fill out your street address again, because, well… well, we’ll not dwell on the experience. The second form filled out.

You’re then presented with a summary of your order to submit to Verified by Visa.

Once Verified by Visa has worked its wonders, you’re presented with a thank you page…

Now you can select “which edition you wish to activate”.

In typical “are you really sure you want to” fashion, a further action is required to access the edition…

Before you despair entirely, there is good news, when accessed from an iPhone you are presented with an html5 version. But temper your delight for a moment, the html5 version is image based, that is to say there is no reader view available, zooming doesn’t ‘snap’ to columns of text, you cannot select any text, you cannot share any of the content, other than in screenshot format… Oh, the same applies to the desktop Flash version of it.

There is massive competition for all news sources, across all media, innovation is definitely required to play a winning game. Sadly The National hasn’t innovated in its digital offering. The five day trial will be the resounding failure it is predestined to be, though I do hope that the right lessons are learned rather than a digital offering being written off.

*Apologies for the headline, I miss-counted initially and thought there were nine clicks – so Dante’s gates of hell seemed an apt, if somewhat hyperbolic analogy.

Suggested further reading: Craig McGill’s excellently titled: Scotland’s new paper is as digital as porridge which is also where the first image in this post is from.

< Never Mind the Bollocks, Here’s the Social Content. > Why the sugary drinks tax won’t work, and, how it could